Featured photos of countries in 2019

The British news agency voted 161 typical photos taken by reporters in 161 countries in 2019 and here are 12 of them.

Each photo voted by Reuters represents a typical country's event, culture or tourism event in the past year.

The man "dressed" in costumes made of animal dances performs the dance during the International Costume Festival, held on January 27 in the city of Pernik. Photo: Stoyan Nenov. 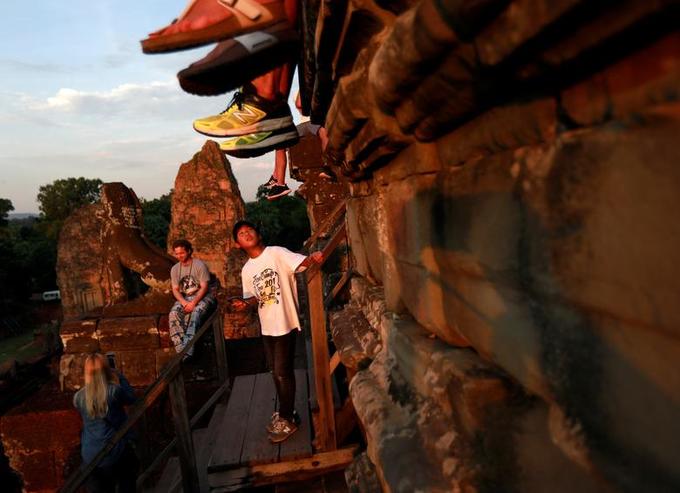 Visitors sit and watch the sunset at a temple near Angkor Wat, Siem Reap on August 19. Angkor Wat is the largest temple complex and religious monument in the world, built in the early 12th century. This is the most famous tourist destination of Cambodia, welcoming millions of visitors each year. Photo: Soe Zeya Tun. 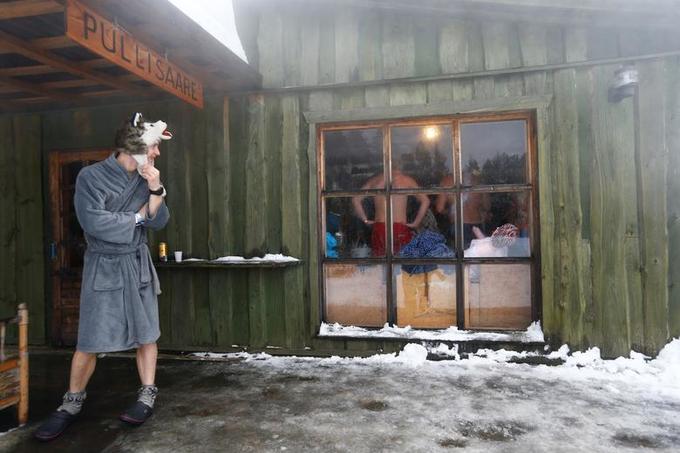 The man looks into a sauna during the Sauna Marathon in Otepaa town on February 2. Otepaa Sauna Marathon is an annual competition held in Estonia. Players dressed in funny costumes despite the freezing weather running to soak in hot tubs or saunas as much as possible for 6 hours. After crossing the icy lake, they enjoyed the outdoor bath with beer. Photo: Ints. 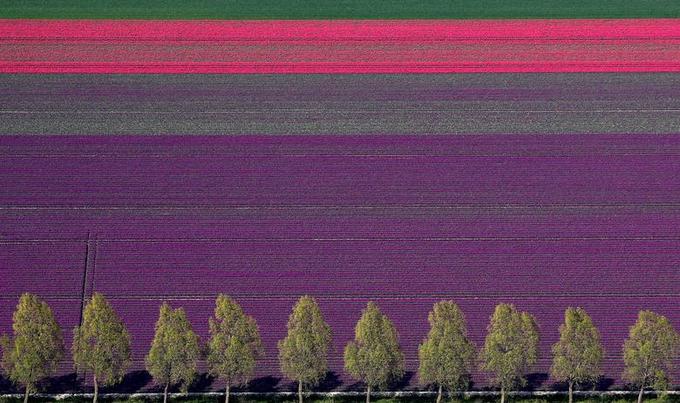 Colorful tulip fields seen from above in Creil, Netherlands, taken on April 18. Speaking of Dutch tourism, in addition to windmills or sea dykes, visitors can not ignore the "specialty" tulips, with over 1,200 different tulips, of which 40 varieties are popular for export. Photo: Yves Herman. 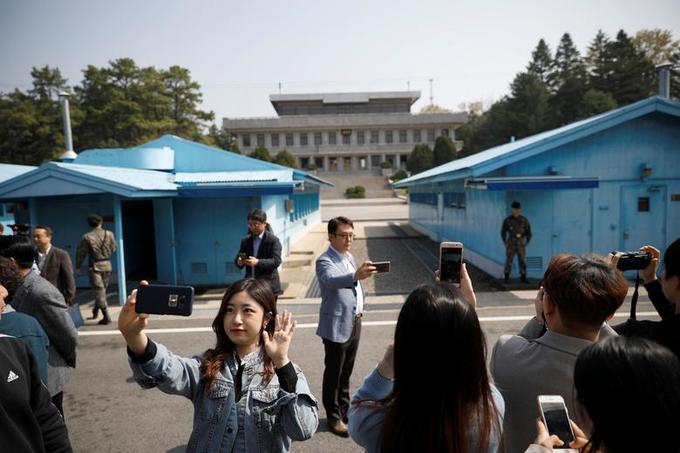 A female tourist is taking a selfie while taking a tour of the truce village of Panmunjom inside the demilitarized zone (DMZ) separating the two Koreas - South Korea on May 1. Panmunjom, located 55 km north of Seoul, is considered the most dangerous village in the world, and it is also a leading tourist attraction in the world. In 1953, this is where the leaders of the two countries signed an armistice. Photo: Kim Hong-Ji. 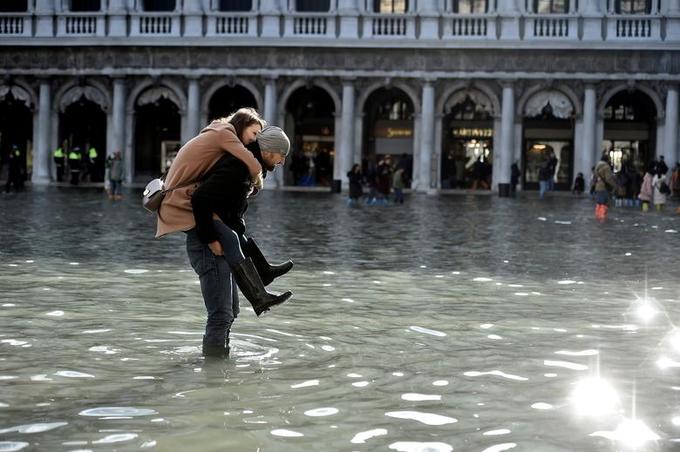 The piggybacking woman walks across the square of St. Mark, Venice flooded seasonally on November 14. A nearly 2 m high tide from the Adriatic Sea quickly flooded the city, causing the most severe flooding in nearly 50 years. While the Venetians struggled to cope with the flood, visitors enjoyed taking photos. Photo: Flavio Lo Scalzo. 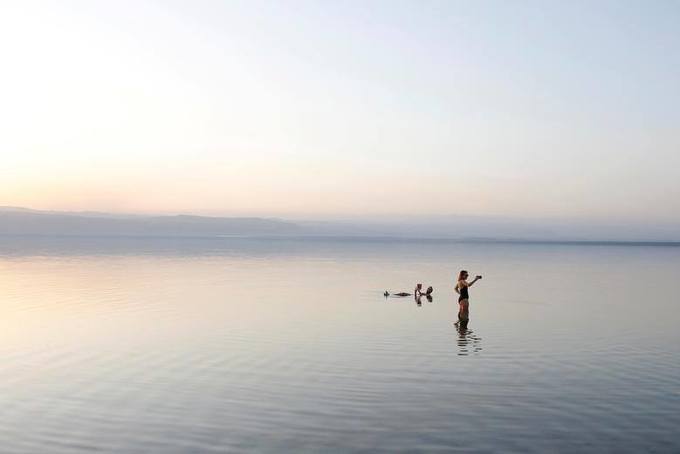 Take selfies and lie on your back on the Dead Sea near the capital Amman.
The Dead Sea stretches for 76 km, the widest place to 18 km and the deepest is 400 m, located between the border of Israel and Jordan, is one of the saltiest lakes in the world with a salinity of about 34%, 10 times higher than foreign countries. oceans so people can float in the water. The Dead Sea has a special appeal to travelers around the world. Besides relaxation, visitors also come here to treat, especially skin diseases because of the high salt concentration. From a distance, you can see the crystalline salt along the shore. Photo: Youssef Boudlal. 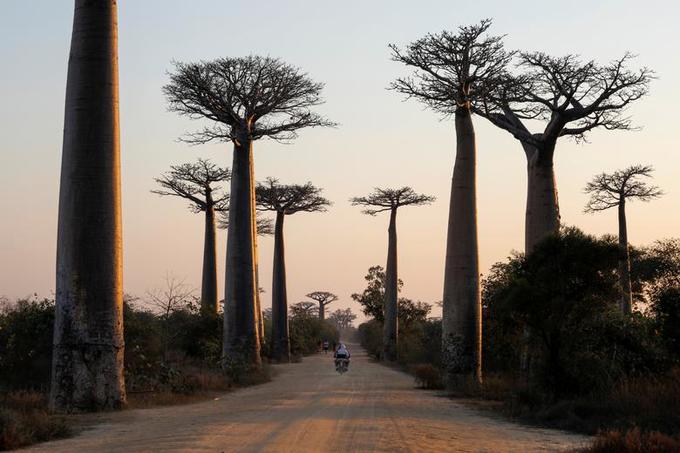 A motorbike is running on a dirt road planted with two rows of Baobab trees near the city of Morondava on August 30. The baobab trees here have a lifespan of up to 800 years, each tree has a height of nearly 30 m, is considered as the representative image of Madagascar, symbolizing the continuous rise of arid African land. This Baobap plantation is on Madagascar's protected list. Photo: Baz Ratner. 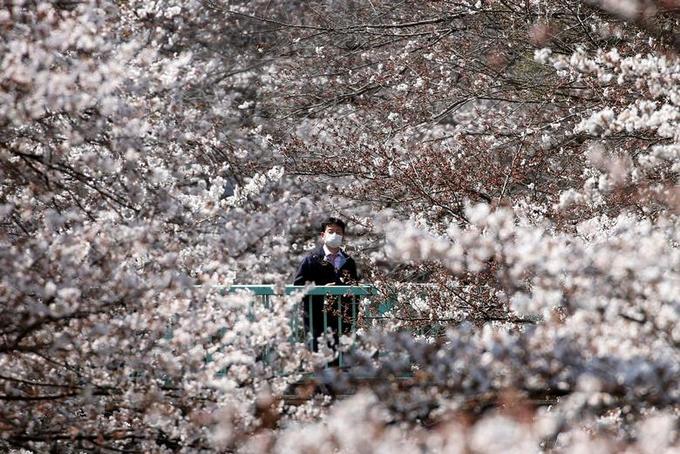 A young man watches the cherry blossoms in full bloom in Tokyo on March 27. The ideal time to see cherry blossoms, the spring symbol of the country of the rising sun, is the end of March to early April. Especially, there are cherry blossoms that bloom early and late bloom. Shinjuku Gyoen Garden, Yoyogi Park, Meguro River bank ... are famous cherry blossom viewing places in Tokyo. Photo: Ise Kato. 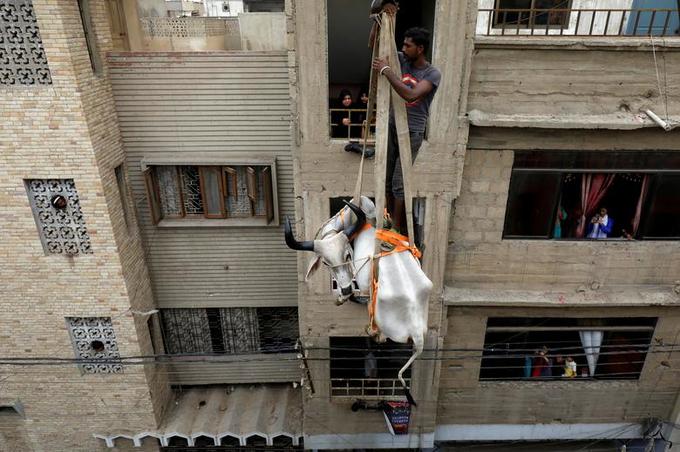 A cow is lowered to the ground during a ritual sacrifice ceremony held at the Eid al-Adha festival in Karachi city. The 4-day Eid al-Adha is considered one of the two most important festivals in the Muslim year, in memory of the Prophet Ibrahim, who was willing to sacrifice his son to God before he was given a sheep by God as a substitute sacrifice. Before Eid al-Adha, people everywhere prepared sacrificial animals such as cows, sheep, camels, goats to perform customary ritual sacrifices. Photo: Akhtar Soomro. 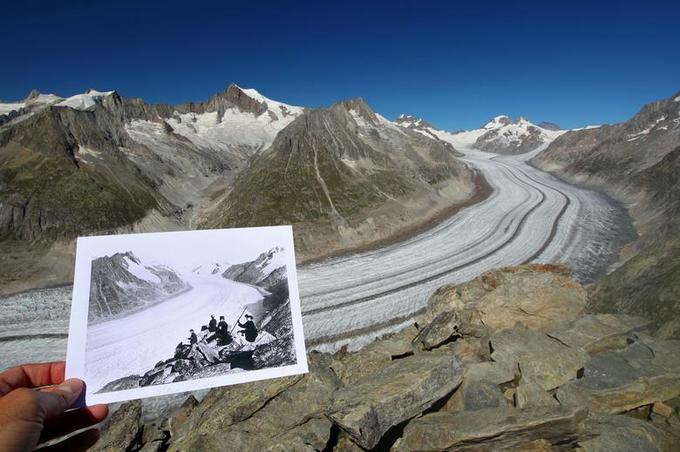 A photo of the Aletsch glacier in the village of Fieschertal in the years 1860 - 1890 published by the National Library is now displayed at the same location on September 4. Aletsch, the largest glacier of the Alps covering more than 120 km² in southern Switzerland, provides seasonal fresh water to millions of people and creates stunning views in Europe. Photo: Denis Balibouse. 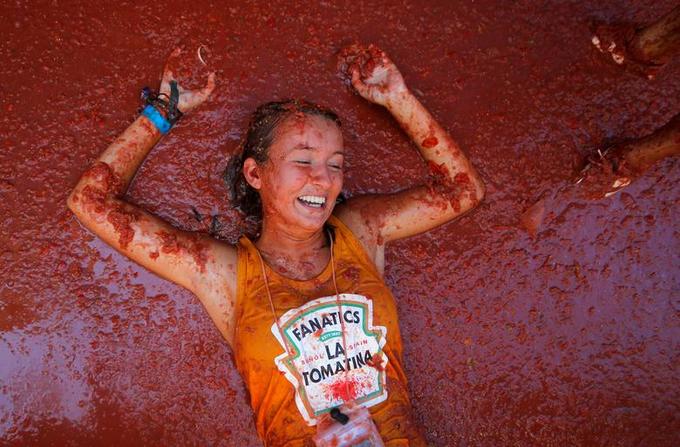 The girl is immersed in tomato sauce at La Tomatina tomato throwing festival, which takes place every year in the town of Bunol, near the city of Valencia on August 28. La Tomatina is the largest fruit-throw festival in Europe, attracting thousands of tourists to Bunol, Spain to bathe with hundreds of tons of tomatoes, dyed red throughout the street. Photo: Heino Kalis.