Interesting with the 10 strangest New Year rituals in the world

Despite welcoming the new year by throwing tables and chairs, burning dishes, mannequins, people all over the world hope to have a lot of luck and happiness. 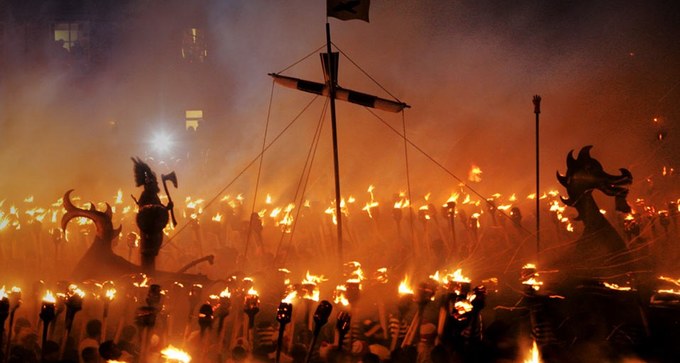 Fire festival in Scotland
The Hogmanay Fire Festival takes place in Stonehaven, Scotland. Just before midnight, a parade swung fireballs overhead and threw them into the sea. This tradition dates back more than 100 years, and is thought to be based on a pre-Christian ritual to purify oneself and ward off evil spirits. Photo: Scotland Shop. 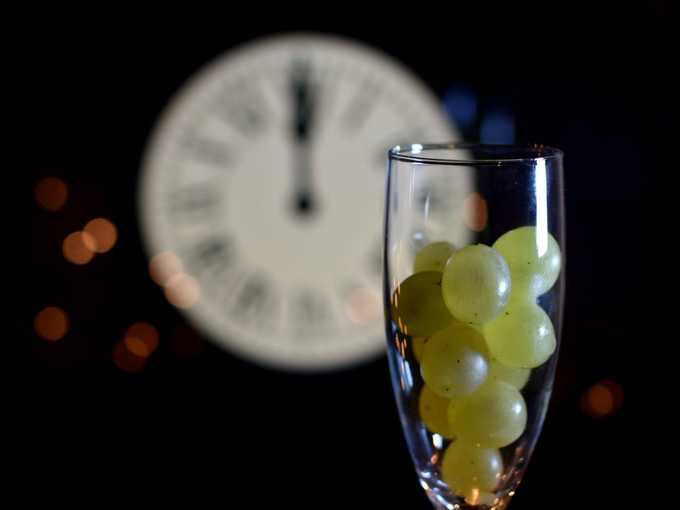 Eat 12 grapes in Spain
In the middle of the night, every Spaniard usually eats 12 grapes at a time, every second after midnight in the hope of good luck in the new year. Each grape is believed to represent a month of the year and must be eaten at New Year's Eve if you do not want to be unlucky. Photo: phatymakstudio / Shutterstock. 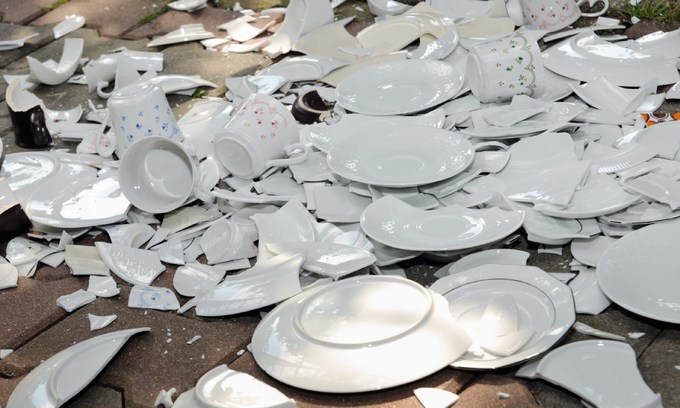 Throw away dishes in Denmark
Broken bowls and plates are meant to bring good luck to the Danes. Before the New Year's time, locals threw porcelain (broken or unused) at the door of their friends' house with the purpose of wishing them good luck in the new year. The heaps of dishes, the bigger the disc broke in front of the door, the greater the affection the host received. They are also happy to clean up the debris when they wake up. Photo: Shutterstock. 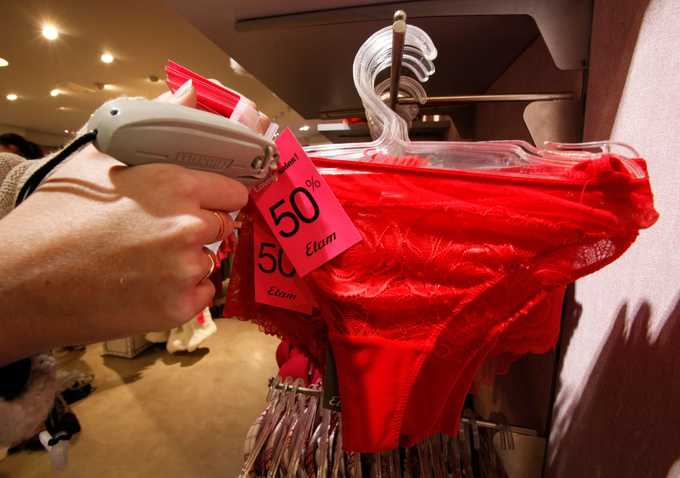 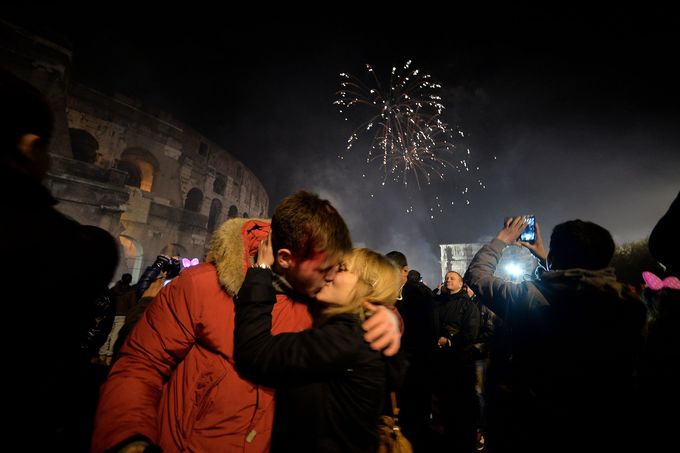 Kiss in the United States and Canada
In many Western cultures, especially in North America, a New Year's Eve kiss has a special meaning to them next year. This stems from medieval beliefs that the first person you see on New Year's Eve will impact you next year. Photo: POPSUGAR. 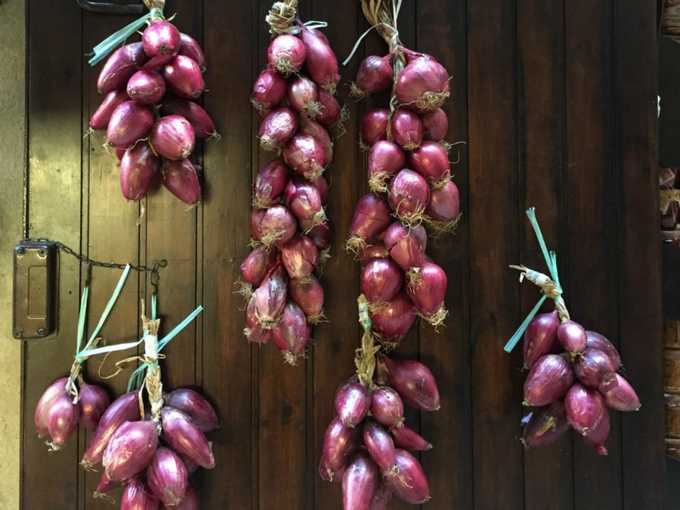 Hanging onions in Greece
Onions hanging on their doorsteps on New Year's Eve signify the regeneration and redevelopment of the Greeks. This tradition stems from the squill plants that grow on Crete, shaped like a large onion. This plant continues to grow even when it is uprooted, making Greeks love it and hopes it can help them. Parents will wake their children up the next morning by banging onions in the head. Photo: Naeblys / Shutterstock. 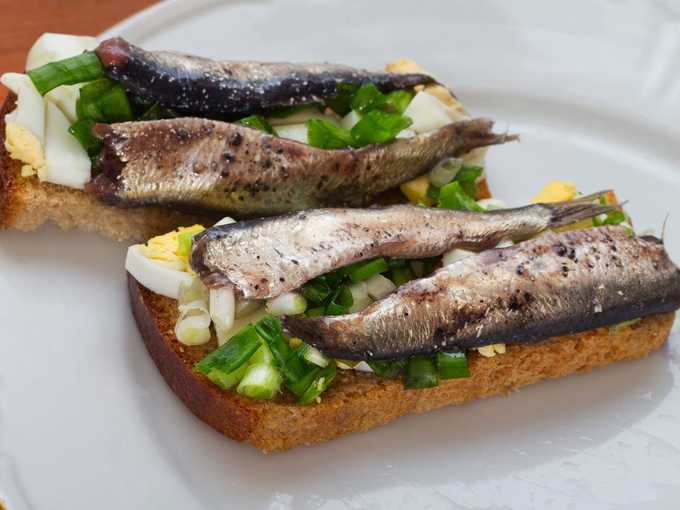 Eat more meals in Estonia
People in this country eat 7, 9 or 12 times on New Year's Eve in hopes of having abundant food sources in the new year. These are three lucky numbers for Estonian people. They said that if a person has a party many times on New Year, he will achieve prosperity, power equivalent to 7, 9 or 12 people. Today, the parties here are also prepared with 7 different dishes. Photo: Maksimillian / Shutterstock. 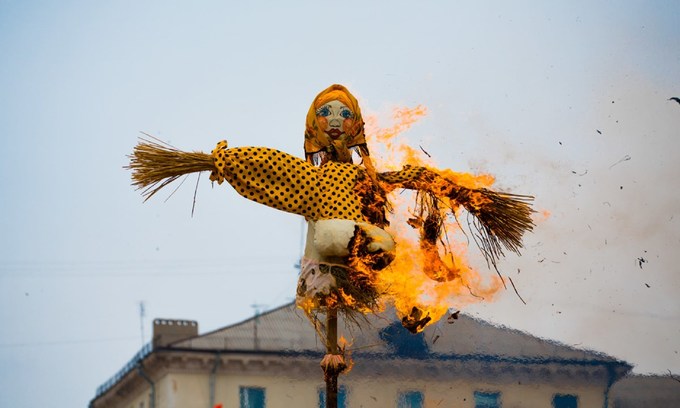 Burning effigies in Colombia and Ecuador
In these two countries, people will burn scarves and scarecrows. Doing this as a way for local people to leave bad things that adversely affect them before the new year comes. Photo: Wanderlust. 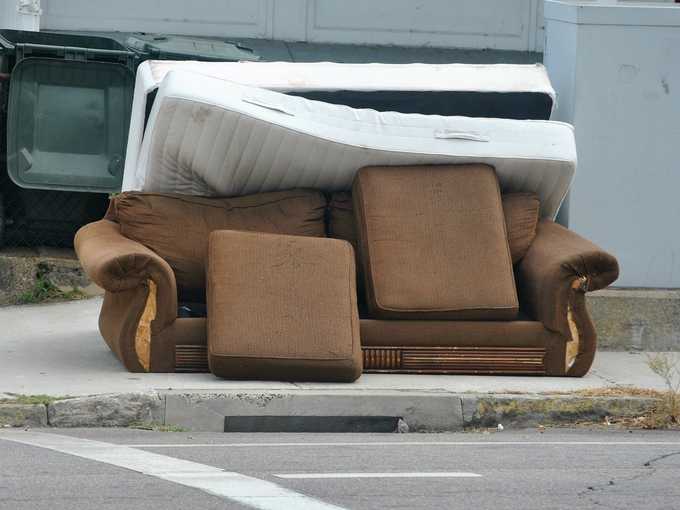 Throw old furniture in South Africa
The city of Johannesburg maintains a strange custom in the new year by throwing things out of windows, including tables, chairs, refrigerators. Items flying from tall buildings have been condemned as dangerous actions, making the tradition less common than before. People often store many old things in the house and then wait until New Year's Eve to throw away, meaning to leave the old and have a new start. Photo: aswphotos134 / Shutterstock. 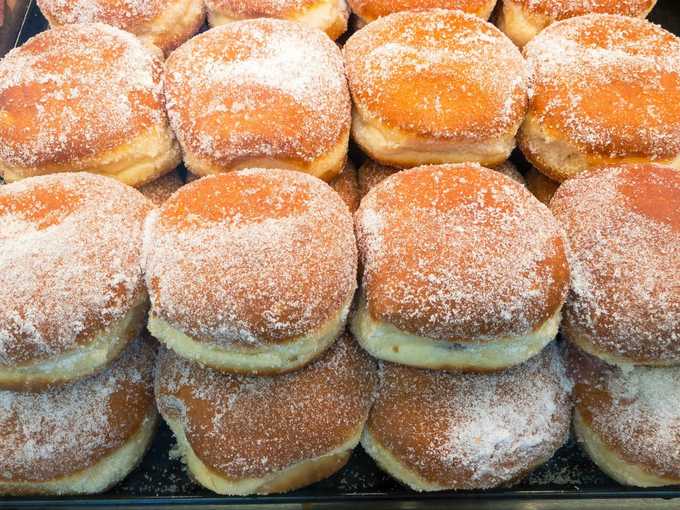 Germans eat donuts
In Germany, everyone eats "krapfen" - a kind of donut on New Year's Eve. The cakes are often filled with fruit jam, chocolate or sometimes mustard to make fun of others. Traditionally, donuts were eaten only on special occasions like New Year's Eve because sweets were once a rare, expensive dish few buyers could afford. Photo: Marco Verch / Flickr.