Life in a regular thermometer is only 50 degrees Celsius

Before and after snow in the hottest places in the world 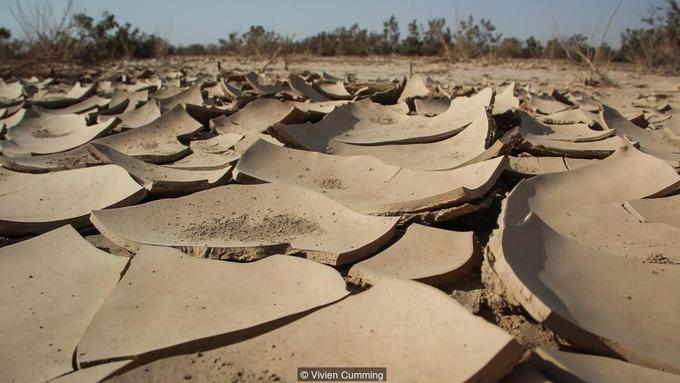 The Danakil Basin is located in Afar, Ethiopia and in the Danakil Desert in Africa, near the border with Eritrea. Here the sun is always intense and the land cracks into pieces. Dry air and dust always cling to the skin, lips, eyes, mouth of those who pass. 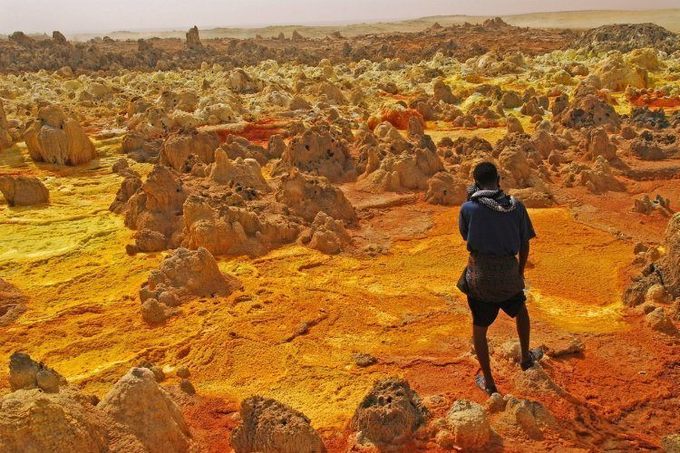 Each year, this area only has about 100 - 200 mm of rainfall. Danakil is also known as one of the hottest, driest and lowest inhabited places in the world (125 m lower than sea level). 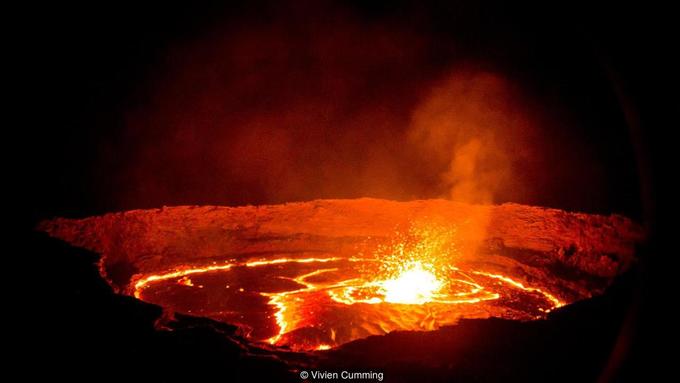 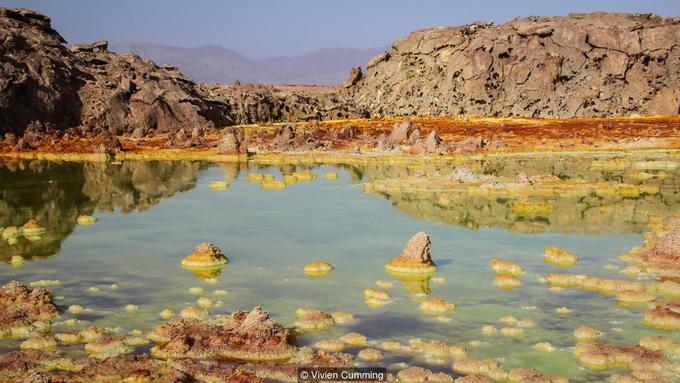 Due to the harsh climate, only visitors who love to experience and explore come here. Many people said that walking around this area feels like they are on another planet. 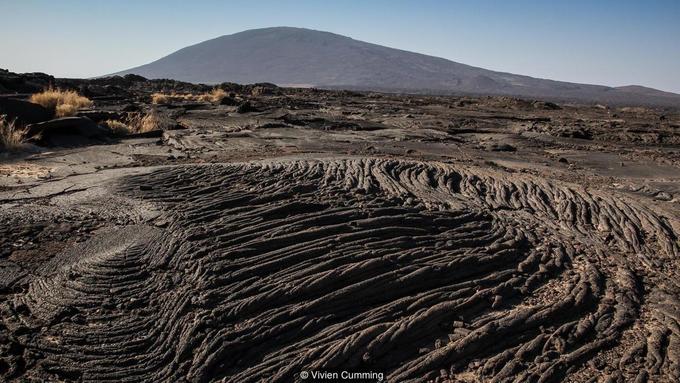 To explore the area, you'll have to drive for hours on arid, dusty roads from the town of Mekele, then across the highlands of Ethiopia. 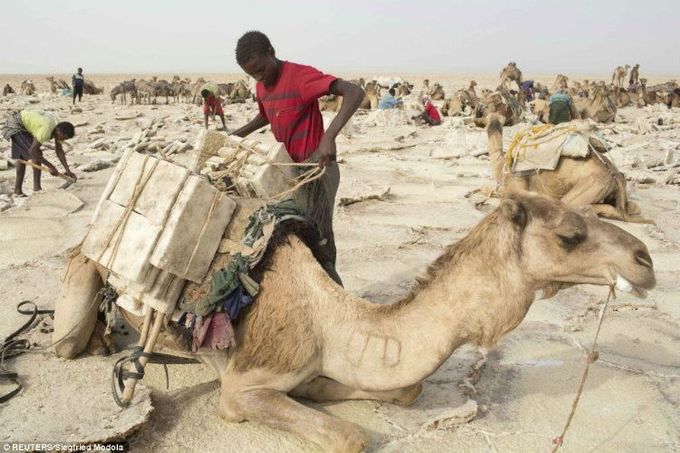 Although known as a "super harsh" climate, this basin is the "home" of Afar people. They make money to support their families thanks to the harsh weather. 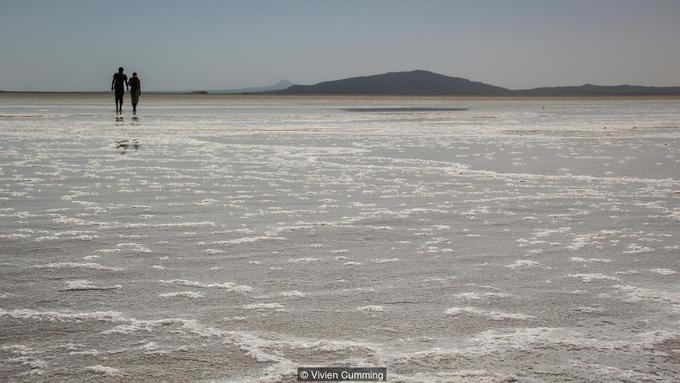 For Africans, salt is like money. People come here to cut large chunks of salt and transport them to the Mekele market on camel back. To complete the journey, Afar people have to walk for a week. The food they brought only had small bread and water. Mining salt mines here is their main source of life. 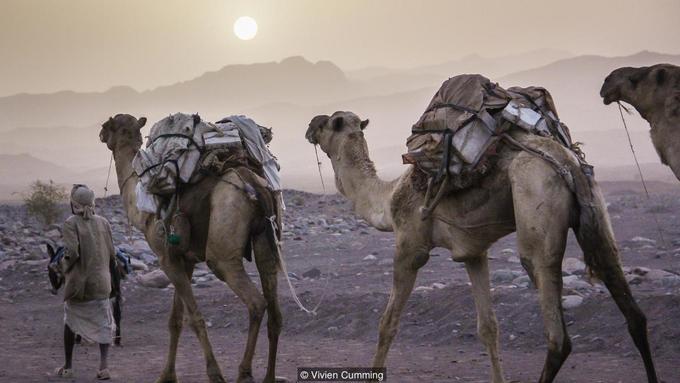 People are mining salt in the Danakil basin 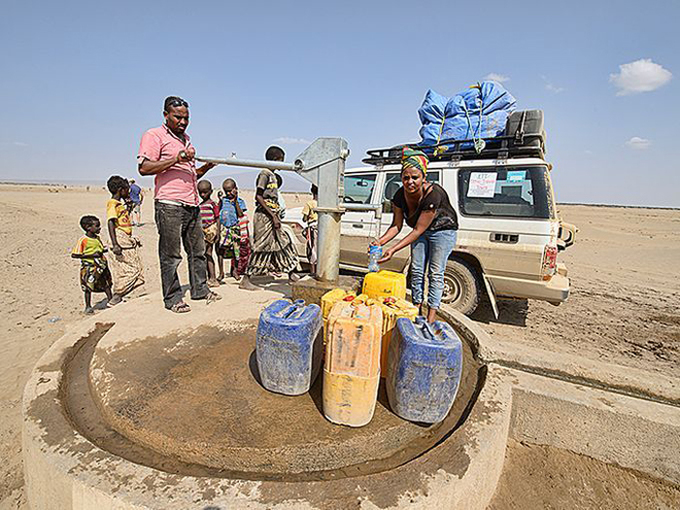 Afar people are nomads, living in movable wooden huts, raising cattle such as goats, donkeys, small camels.
Much of the life of the people depends on Awash, one of the most unique rivers in the world because it does not flow into the sea. It flows directly from the Ethiopian plateau into lakes in the basin. This river is located in a narrow fertile belt, where people can graze cattle.