GIA LAI The place associated with the song "eyes of Pleiku Bien Ho full" with clear blue water all year round, with the peaceful rhythm of fishermen on the lake.

The Tonle Sap Lake (also known as To Nuong, Ea Nueng or T’Nung Lake) has an area of ​​nearly 300 hectares, located at an altitude of about 800 m above sea level. With a fresh atmosphere in a cool climate, this place is considered the most beautiful natural lake in the Central Highlands. A corner of Lake Sea with a statue of Quan Yin Bodhisattva lying on a strip of land extending to the middle of the lake. Photo: Phan Nguyen

Located 7 km from the center of Pleiku city, Bien Ho has green water all year round, which is like the jewel of the great Truong Son. The lake is almost never exhausted and is a source of water for the people of the city.

Bien Ho scenic, belonging to Bien Ho - Chu Dang Ya forest eco-tourism area, has a strip of land running to the center of the lake giving visitors a panoramic view, with lush pine forests on either side go. 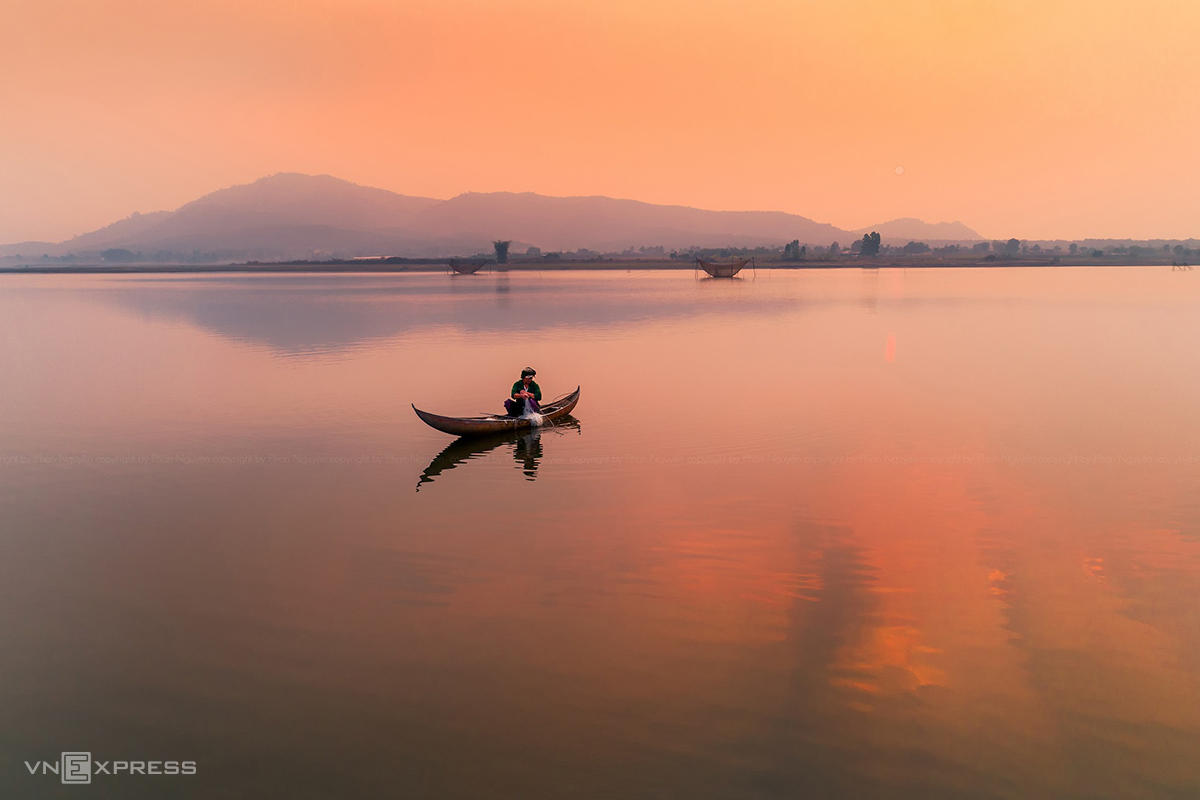 On the strip of land to the lake bed is the statue of Avalokitesvara Bodhisattva statue made of white marble, 15m high, becoming a spiritual tourist place of the mountain town. Photo: Kieu Duong.

Part of the lake surface to the west belongs to Nghia Hung commune, Chu Pah district, separated by a spillway and a suspension bridge near the resort.

"Tonle lake with cloudy sky and sky reflecting the water gives me an unbelievably peaceful feeling. In the morning, sailing on the fresh air, stretching to look at the work of the fishermen here is to experience. very refreshing, "said photographer Phan Nguyen, who lives in Pleiku. 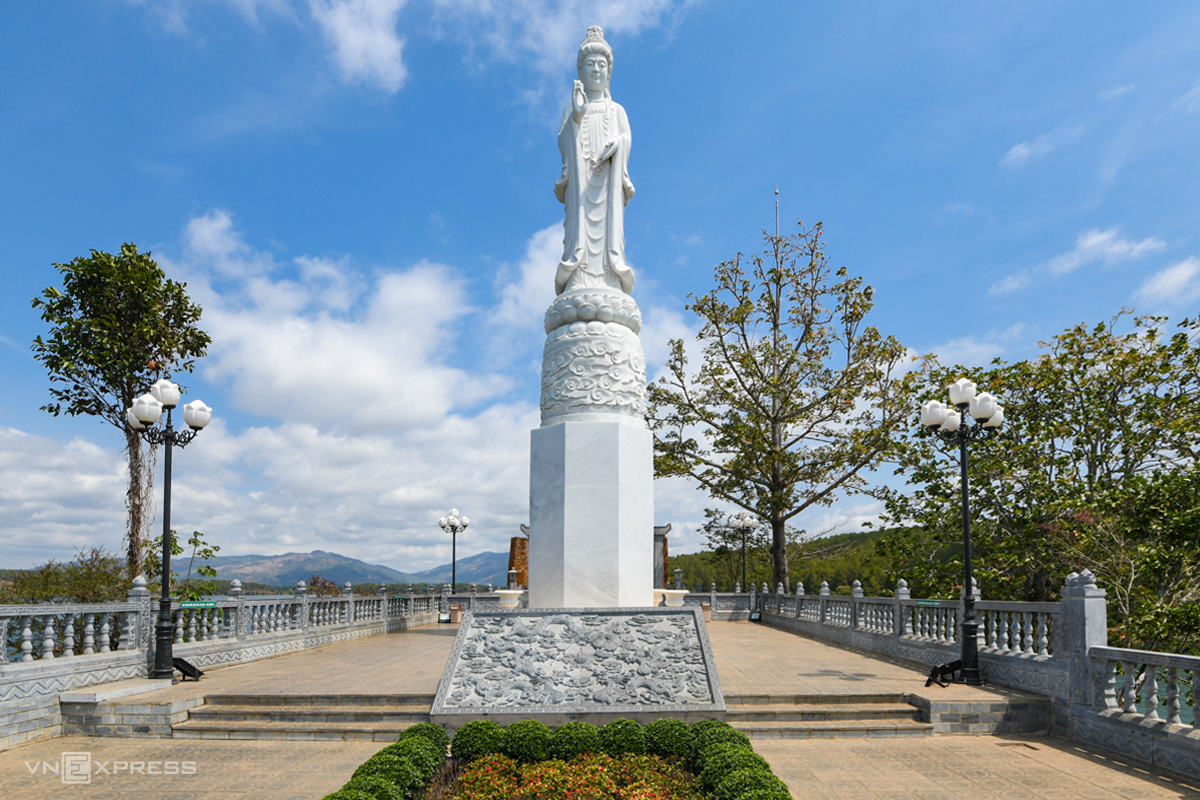 Bien Ho is suitable for year-round sightseeing and there are many interesting things for visitors to experience. Gia Lai is entering the dry season, exposing the fertile basalt strip along the lake and attracting many valuable birds to forage.

In the rainy season, the rising water creates big waves that hit the shore like in the sea. On chilly days, fog covered the surface of the lake, the board drifted on the pines. Until the weather changes from the rainy season to the dry season, the blooming wild yellow flowers blooming by the lake.

According to historical and geographical documents, T’Nung Lake is a crater that ceased functioning hundreds of millions of years ago. T’Nung in Jrai dialect means "mountain sea". Besides, the width of this lake is like the open sea, so the local people have named it Tonle Sap.