The end of the 300-ton self-shifting stone

La Piedra Movediza was once a 300-ton granite rock balanced atop a hill overlooking the city of Tandil, east of Argentina.

La Piedra Movediza is special not only because of its excellent balance on the protruding hilltop, but also because of its ability to change its position - just like the name of the moving stone. From morning to night, the stone will slowly change position that the naked eye cannot recognize. But people often put glass bottles under La Piedra Movediza's fulcrum, and saw them crumbling afterwards, and the giant rock never rolled down the slope. No one can explain that a stone weighing up to 300 tons can defy gravity, standing on a protruding hilltop. But according to legend, the origins of La Piedra Movediza date back to ancient times, when the Moon and Sun gods were still married. The giant gods nurture life and peace on earth, but always lonely before everything. Upon seeing the fulfillment of the task, the Sun and Moon decided to return to heaven, and create children - human beings, to look after the green pastures of the earth. 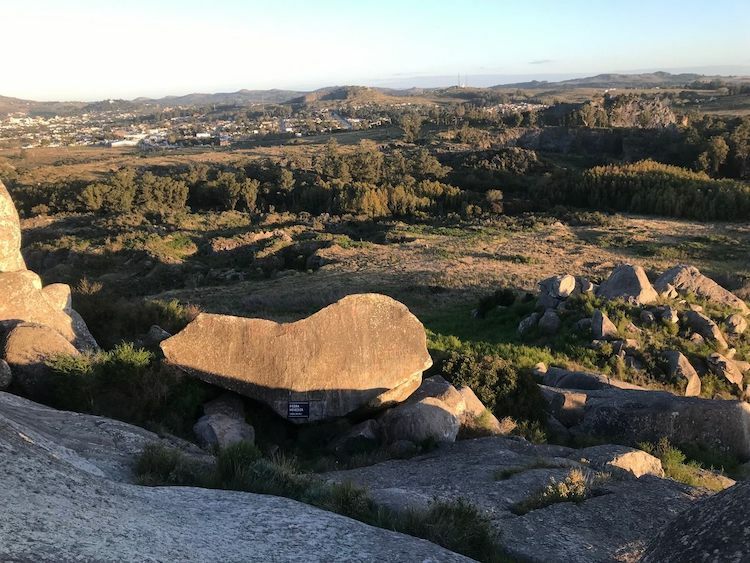 The days of goodness go by, until one day people see the Sun gradually weakening. They soon realized a huge winged lion leopard was threatening the Sun and harassing heaven. Immediately the best warriors gathered to destroy the monster with thousands of arrows, but only one person hit its stomach. Cougars do not die, but lie there roaring. Man wanted to end the life of the enemy who harmed his father, so he threw stones until the stones were full of monsters. It was buried alive, and the grave became the Sierra de Tandil mountain range. The last stone thrown is stuck on the top of the arrow through the monster's stomach earlier, becoming La Piedra Movediza. The leopard is dead, its evil spirit is also imprisoned under rocks. But whenever he saw the sunrise, the leopard's soul wanted to rise in retaliation, which is why La Piedra Movediza moved but still stood on the top of the hill.

But the mysterious story of La Piedra Movediza soon came to an end when, at dawn on February 29, 1912, the rock last moved and fell down the hill, shattering. Because there were no witnesses, the time and cause of the stone falling so far have not been determined. One theory is that the miners destroyed it because it was annoying when tourists rushed here everyday. Another possibility is that La Piedra Movediza has been moved so hard due to explosions from nearby quarries. 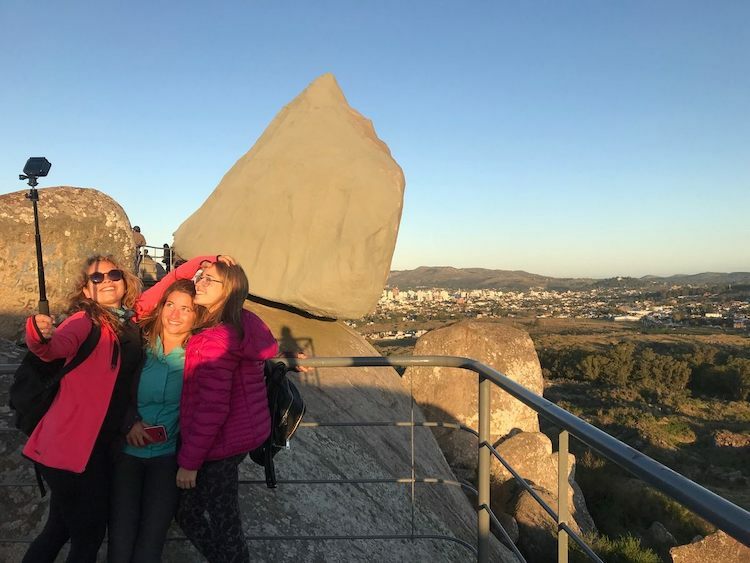 The original La Piedra Movediza is located at the foot of the hill. Photo: Keveemiller / Atlas Obscura.

The people of Tandil built a castle, a porch and a grandstand hugging the cliff to honor the icon of the city that was no longer intact. In 2007, the city government ordered a copy of the ancient rock, made of a metal frame covered with plastic and synthetic fibers.

The replica is attached to the hill with a dozen strong bolts, and of course it cannot be moved. Along the short walk to the replica stone, the authorities put up signs explaining the stone's history. Visiting the replica of La Piedra Movediza, you can also admire the impressive view of the city from the top of the hill.